What's in our newsletter this week ...

The tournament will run a round-robin of mixed doubles with prizes for winners and best-dressed. So plan the appropriately themed Australian costume you will wear (the more outrageous the better your chance of winning a prize), and book your place in the draw now by emailing tennisvp@hernebayrackets.co.nz.

Entry fee is $15, payable on the day, and BBQ food will be provided. Note Sunday club day will be truncated to a one-hour block 1–2pm on the day, but all are welcome to participate in the Aus Open event, just please register in advance so we can set up a draw.

Junior Saturday and Sunday comps resume from Saturday, 9 February. We will be in touch shortly to organise rosters, as some changes have been made to post-Xmas teams; draws are here: https://tennis.org.nz/InterclubCompetitionGradesList.asp?cnID=3005

Any new members who want to play in the second half of the season (who haven't already done so) please email Simon at tennisvp@hernebayrackets.co.nz this week. Teams we can add players to are Open Presidents 1 and 3 (mixed and doubles comp), Open Men's 1 and 5.
Presidents comp restarts 2 February and Open grade singles teams restart 9 February. Captains will be in touch to organise rosters shortly.
Good luck for second half of the season.

DnA (Defenders and Aggressors) is a coach-fed round robin fast-paced team event for seniors only. Contact David Mustard on 021 476 606 to register.

No excuses not to join us for some social and friendly match play on Thursday night from 6.30pm. This week the normal Sunday afternoon from 1 to 3pm is replaced by the Australian Open event. New members welcome.

Back for another year to kick off the new season is the popular and very social Summer Doubles Interclub competition.  Matches will be played on Monday nights from 7pm, starting the 11th February and running for four weeks with the final round on 4th March.

To register email hbprcsquash@gmail.com or contact George on 021 241 4665. Entries were to close Wednesday 30 January but Squash Auckland will take last minute sign-ups till Thursday 31 January.

Coming your way in February 2019 is a brand new event to get you prepared for the season - introducing the Squash Auckland Summer Midweek Tourney!

There are now over 100 entries, but more are welcome. Players can enter any of the regions, and a few players have registered to play on both Tuesday and Wednesday night.

Senior club night starts at 6.30pm on Thursdays. Come along and meet fellow club members.  We rotate games every 10-15 minutes

Join Jarrod and his team on Friday nights from 4pm to 6pm for coaching, fun games and just a little bit of competition.

Our six week Women in Squash programme which starts tonight is fully subscribed with 21 attendees. Great to have such a big response.

I finally caught up with our club secretary after our respective games of tennis (her) and squash (me) one Thursday recently.

I’d wanted to interview Peta for a number of reasons. For starters she meets the criteria I’d set for these profiles being an active rather than a passive club member as evidenced by her immaculate minutes and organisational flair helping set up the Christmas party. Then she’s a tennis player and, as far as possible, I’m keen to features as many tennis players as those of us who prefer to play inside with a smaller ball; but mostly because of her day job.

I’d heard she’s an architect. That’s it. At clubs like ours you discover how someone earns their crust: lawyer/market trader/ magazine owner / surgeon / stay at home dad (this is Herne Bay after all) and little else. I’m a lot more interested in how people earn their living than say their private lives but you rarely get to find out how the person you’ve been playing against for the last decade got into real estate or medicine but a hell of a lot about their lethal backhand.  Hardly a surprise, for most of us tennis or squash get you away from workplace tensions and tiresome colleagues.

Peta was raised in Wanganui There are no architects in the family and it was a complete fluke that Peta now does what she does.  At 13 she wanted to attend the co-ed school the other side of town rather than a nearby girls’ school. To get in she had to request a subject that wasn’t on offer at the girls’ school and settled on technical drawing thinking she could drop out once she’d settled in. To her surprise she found she loved the subject in part due to Mr Jones, an inspirational teacher. So having turned down a place in an all girls’ school she was the only girl in a class of boys. And while the guys were only interested in drawing motors and boats enthused with the encouragement of Mr Jones, she concentrated on buildings which fuelled what would become a love-affair with architecture. She came from the sort of family that encouraged her to make and do stuff like craft projects, making things out of meccano, and also using tools in her grandparent’s workshop to make things out of scrap wood and metal that sowed the seeds for making things now.

As her large, extended family latched onto these interests various members fed the fire. For instance Peta remembers her grandmother discovering a house with unusual windows and taking her past it to show her them, best of all, when she was about 15 her dad got her an after school job working in an architect’s office.  Apparently her dad used to fix the guy’s car.

An architect’s training is long and hard; a five years course at university one that involves drawing, science, practical building and furniture making, then rigorous exams to qualify as a registered architect.  Her career since has followed an interesting trajectory following the whims of the market. Early on she was involved in the building of a house for sculptor Terry Stringer and then she headed overseas for an 11 year stint in England. Apart from Pat Milner who was born and raised there and Mark Roberts, everyone I’ve interviewed for this series has spent time in the Motherland. For the most part Peta worked on commercial properties but also did her stuff on high end homes for the mega rich. The sort of people who are able to splash out 25 million quid to get something built and a further ten to 15 fitting it out: the sort of places with an underground swimming pool with a retractable floor so it doubles up as a ballroom. I suppose these toffs have to spend their unearned wealth on something.  Back in the land of milk and honey Peta now spends much of her time designing multi-unit residential homes to use the trade lingo. She especially enjoys working with clients and you don’t have to spend much time with her to know that she has the people skills to create a mood where novices can best describe what they want. 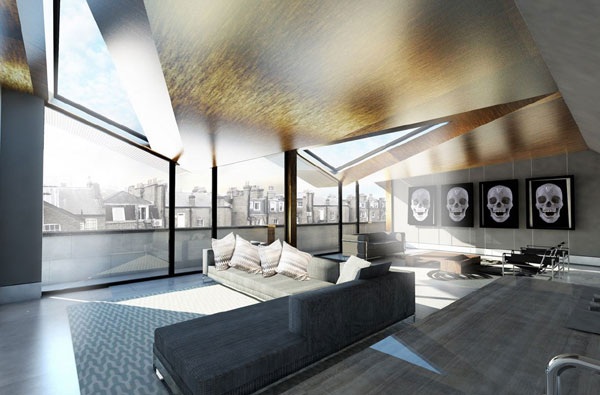 Architects and architecture is going through something of a renaissance after the unpopularity of sixties brutalism. Where I come from Norman Foster and Richard Rogers have a huge profile and many of the buildings they have given us are now considered landmarks. Then there are all those programmes on the box where architects like George Clarke, Charlie Luxton and newcomer Zac Munro strut around as a new build or restoration emerges from the rubble. Compulsive telly in that soon or later the client's aspirations will be put to the test when they are confronted by red tape, financial overspend, adverse weather, living on a building site and the arrival of another baby. But these shows, which Peta is also a fan of, demonstrate the difference a well designed space makes to the quality of the lives of the people who live there. Kevin McCloud and Grand Designs is Peta’s favourite. Peta shares my dislike of programmes like The Block where the game show formula cheapens the serious business of building a property.

You might be surprised to discover that we did manage to talk about tennis. Peta is a third generation player: her mother and grandmother were both pretty good and she has lots of little medals to prove it. Peta claims that her tennis peaked at school but she continues to play a couple times a week and represents the club. Like Rob Dick, Peta took her tennis rackets with her to England and joined a couple of clubs like Barnes (London) And Regents Park. English clubs apparently are no different from ones here so a kiwi player like Peta felt immediately at home.

There was also the attraction of living in London. It turns out that Peta’s favourite gallery is also mine: The National Portrait Gallery opposite St Martin in the Field with its eclectic mix of paintings, photographs and sculptures and she also likes the V&A. “Because it’s free you can just pop in whenever you want.”

You might be wondering why all this stuff about architects and architecture is appearing in a racket club newsletter. I’d offer two reasons. Firstly this stuff matters. We are lucky to have one of the best club houses around, certainly the best I’ve ever come across, but it only came into being through the vision and craftsmanship of a brilliant architect and secondly my interview highlights yet again another example the sort of fascinating character who makes being a member of the club such a pleasure. And finally I would urge members to ask each other about their day jobs and how they landed there. It might make for some interesting conversations and you’ll get to find out surprising things about people you thought you knew well.

Pilates on the Court

Pilates classes are now being held again on Mondays and Wednesdays at 9.30am and Saturdays at 10am.

"Physical fitness is the first requisite of happiness”  Joseph Pilates

The club is a great facility for events such as birthdays and work functions which not only help fund the club from facility hireage but introduce possible new members to the club. To enquire about functions please contact Pia in the club office on 376 0681 or service@hernebayrackets.co.nz

Useful links to sports bodies and our sponsors

Pilates on the Court:   www.pilatesonthecourt.com